The Cost of Free Shipping: Amazon in the Global Economy is the title of an anthology published by Pluto Press in mid-September, to which we contributed a chapter („Amazon Strikes in Europe: Seven years of Industrial Action, Challenges and Strategies“, pp. 209 ff.). The book was  edited by the two Californian sociology professors Ellen Reese and Jake-Alimahomed Wilson and includes 17 articles on the rise of Amazon to global power and the experiences of workers‘ and community resistance against the aggressive rollover of the tech and retail giant. 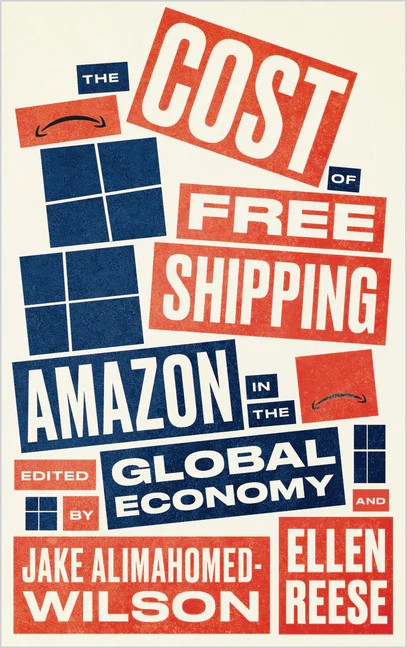 „This is not a book about Amazon’s amazing success but rather a compendium of essays analyzing various aspects of the Amazon operation from a strong pro-worker and anti-monopoly point of view – a point of view that could become mainstream, not just in Amazon’s case but for all Big Tech,“ writes Stas Margaronis in a review in the American Journal of Transportation.

The last half sentence perhaps sounds a bit overoptimistic to us, but we’ll see what the future brings. In any case, the Labornotes are correct, where Joe De Manuelle-Hall comments on the book: „While the organizing is nowhere near the scale it needs to be, the authors avoid seeming bleak or defeatist. Amazon’s network is vast and can absorb disruption-or even live with traditional unionization, as the case of France shows. To plant a viable foothold would require store floor power in, at a bare minimum, a handful of connected facilities, which would enable workers to impact deliveries while circumventing the company’s multiple layers of protection.this power, several of the authors argue, must be based in fights over control of working conditions and productivity, not just wages.“Even if we are pursuing our own interests in the matter, we give a clear recommendation to buy. For all the fickle ones, here is a look at the table of contents: 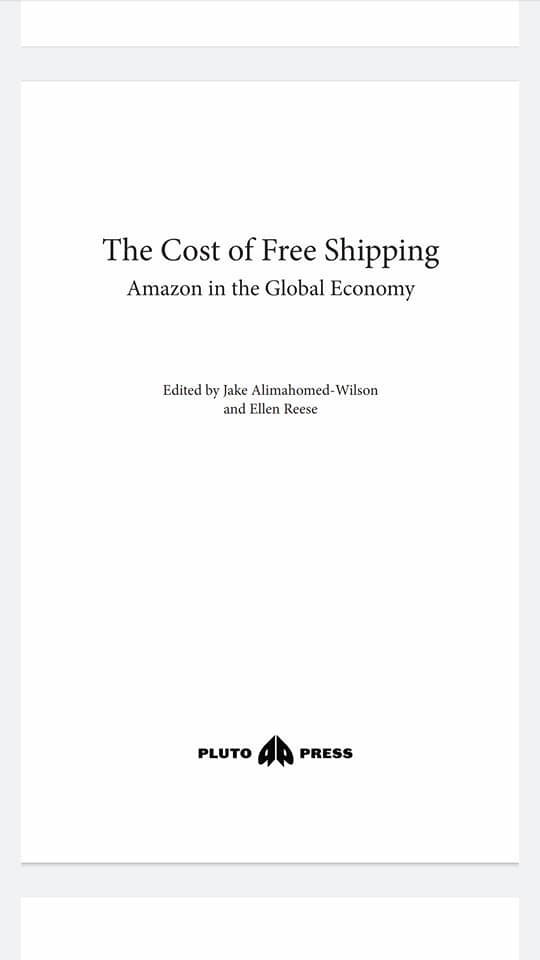 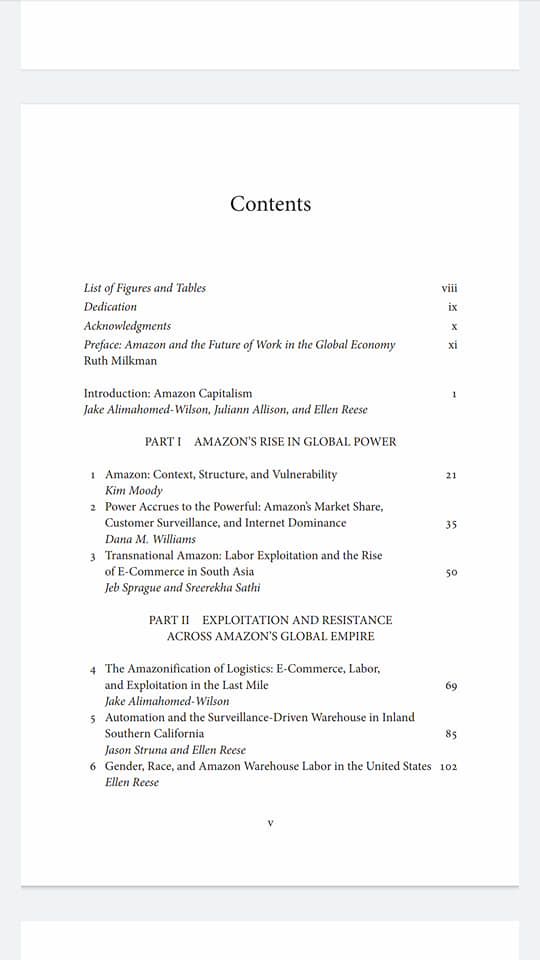 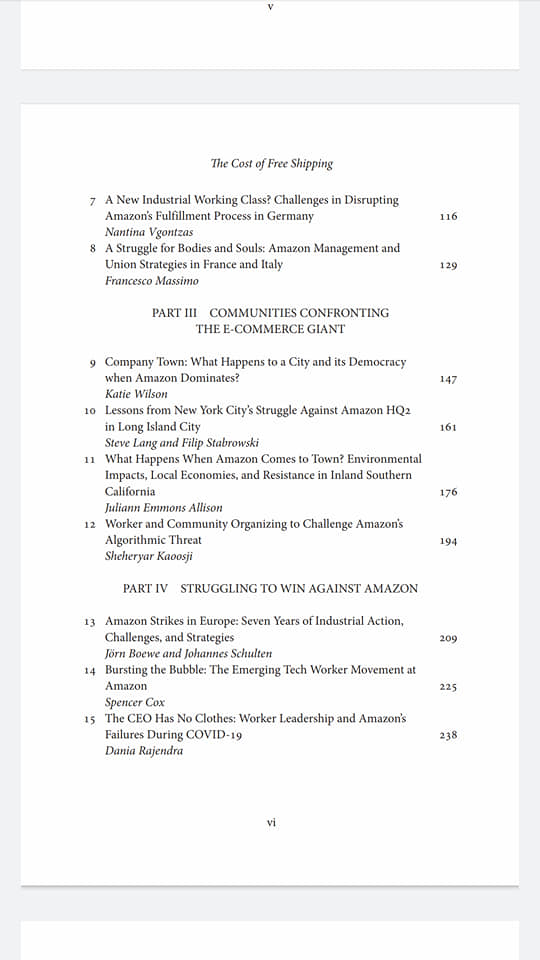 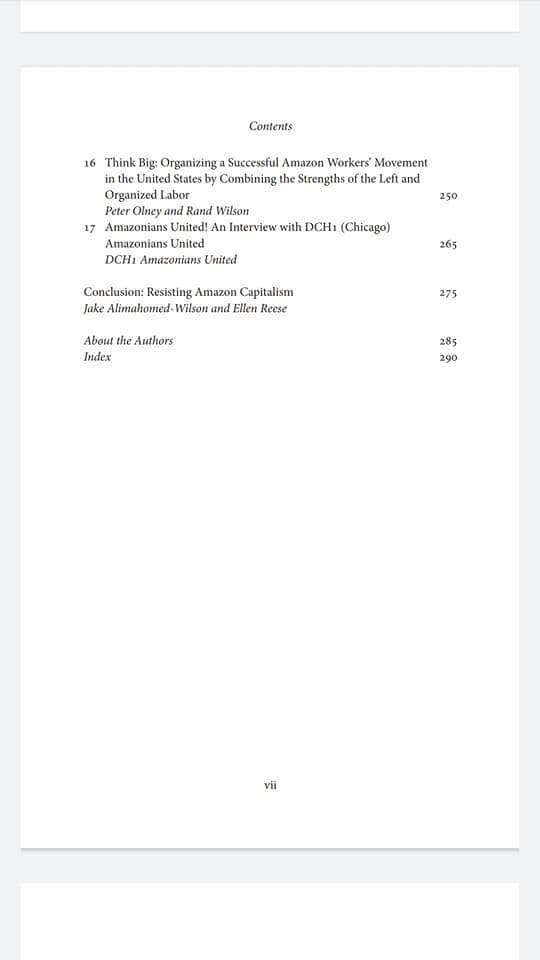